← more from
Freerange Records
Get fresh music recommendations delivered to your inbox every Friday.
We've updated our Terms of Use. You can review the changes here. 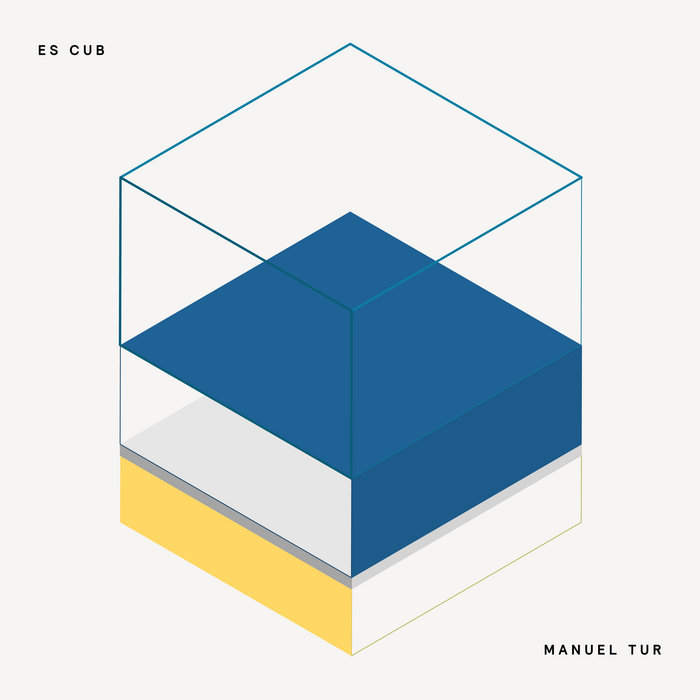 2012 was an interesting year for Manuel Tur. Having released his second LP Swans Reflecting Elephants, the Spanish-German producer moved to his fathers birthplace in Ibiza to spend a year on the island where he felt a strong connection despite having
never lived there. One year spent on Ibiza might not be that out of the ordinary for a music producer and DJ but when you take into account that he visited not one single
club in that time choosing instead to spend his days and nights in the hills amongst fig and almond trees just reading, watching films and contemplating his future musical direction then things become more interesting.

Manuel fondly named his small studio set up at his Dad's place Es Cub (The Cube) and it was here in this sanctuary away from the distraction of clubs and friends that he began to forge the tracks that we present on this LP. As Manuel describes, what started life as a collection of little finger exercises and sonic experiments soon grew into fully arranged club tracks. These were clearly influenced by the omnipresent house and techno that he could hear drifting from the nearby beach club which rose above the rustle of wind-swept trees and chirping cicadas whilst he sat on
his terrace. If all this sounds like a bit of a Balearic cliché, then so be it because Manuel is happy to admit to just how much the esoteric, cabalistic nature of Ibiza influenced him in the making of Es Cub.

As Manuel puts it, “Looking back at the year in Ibiza it's been sort of a Sabbatical for me, a year of orientation, both privately and musically. The album is like a diary or sonic photo album from this time - as cheesy as this sounds. It's no musical manifesto or a concept album or anything too serious though. I've done most of the tracks in a couple of hours. El Soplo for example, consists of just a kick, hihat, clap, ride, bass and two simple synth parts. Es Dub was just a loop I've dubbed out live on the console in only one take while waiting for the postman to
arrive.”

This spontaneity, simplicity and playfulness, combined with the warmth and solitude of an Ibizan hideaway, not to mention the cold, industrial minimalism of Manuel’s Ruhr Valley Essen roots all make for an interesting fusion on Es Cub. Take opener Ara Anam for example, we could just as easily be on the Space Terrace as we could at Panarama Bar. Tracks such as Werk and Flux combine hints of clipped minimalism with the driving, analogue synth sounds of say Ame or Baikal whilst About To Fall and El Soplo contain both depth and a certain majestic beauty gained from the simple, stripped back, rolling beats and flowing pads. Far from being the throwaway sketches that Manuel modestly implies, we hear strong melodic motifs and hooky samples appearing throughout the entire LP which brings a unique identity to each track as well as adding a cohesive gel to Es Cub.

Expect to be hearing much more from Manuel in the coming months. He has become in demand for his mixing skills adding his touch to releases from Andre Hommen for Objektivity, the latest Shit Robot LP for DFA and an EP from Marcus Worgull for
Innervisions. In addition to his releases on Freerange and Mild Pitch he has also co-produced releases on labels such as Running Back (producing for Dplay), Ovum and Mule (co-producing with Langenberg as Ribn).

Bandcamp Daily  your guide to the world of Bandcamp